MAISON The history of the house

Hubert de Givenchy founded his namesake fashion house in 1952. No sooner did it open than it earned a reputation for breaking with fashion codes of its time. After an incredibly successful 40 years career he would be succeeded by some of fashion’s great talents that contributed to the house of Givenchy ongoing story.

Born in 1927, Hubert James Taffin de Givenchy founded his namesake House in 1952. That same year, he presented a collection that would leave an indelible mark on fashion history: his “separates” – elegant blouses and light skirts blending architectural lines and simplicity – met with enormous success in light of the more constricted looks of the day. The “enfant terrible of Haute Couture” was born. Spare lines, slender hips, slim silhouettes and swan-like necks won over actresses from around the world. In 1955, Hubert de Givenchy presented his first shirtdress; the evolution toward lantern shapes would become iconic.

Audrey Hepburn, as the designer’s muse, accompanied him in inventing a style that would redefine standards of elegance. In 1969, the launch of the “Givenchy Gentleman” line became a reference in men’s fashion. After a career spanning more than 40 years, and having become a part of the LVMH group in 1988, Hubert de Givenchy retired in 1995. He was succeeded by some of fashion’s great creative talents, in chronological order: John Galliano, Alexander McQueen, Julien MacDonald, Riccardo Tisci and, most recently, Clare Waight Keller, who designed the gown Ms. Meghan Markle wore to wed Prince Harry, Duke of Sussex, in May 2018.Just two months earlier, Monsieur Hubert de Givenchy passed away peacefully in Paris, aged 91.

In June 2020, Givenchy opened a new chapter in its history with the appointment of Matthew M. Williams as Creative Director of women’s and men’s collections. A self-taught designer, Mr. Williams brings to the House a commitment to craftsmanship and attention to detail as well as an intuitive understanding of tailoring, technology and integrity in fashion. His flair for translating cultural undercurrents into high fashion, coupled with his vision of the House’s timeless attitude and inclusive allure make him the ideal steward for moving the Givenchy legacy forward in a modern and powerful way. 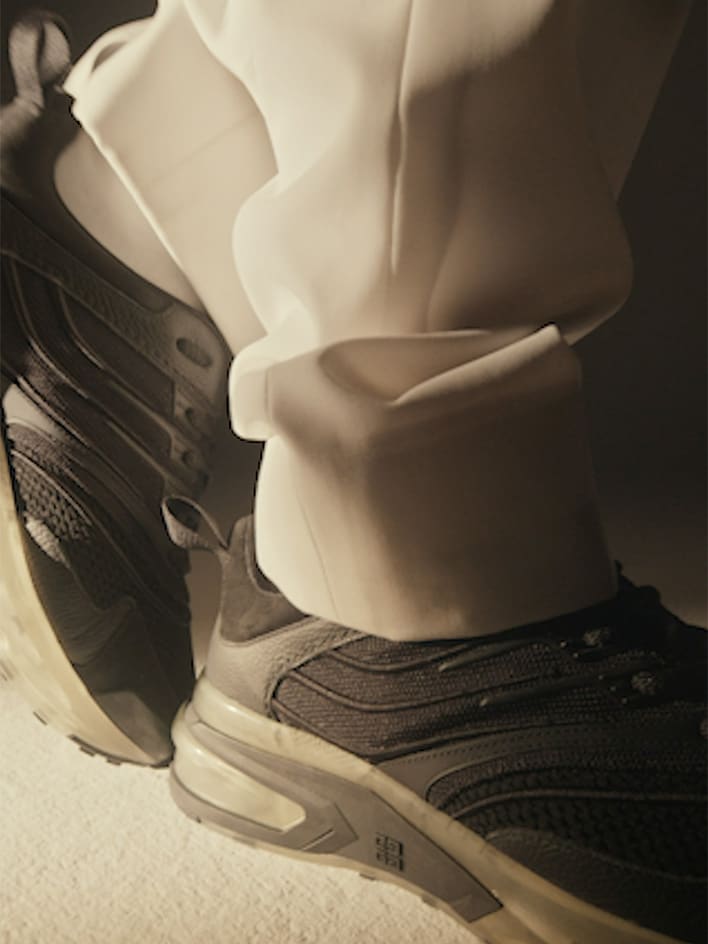 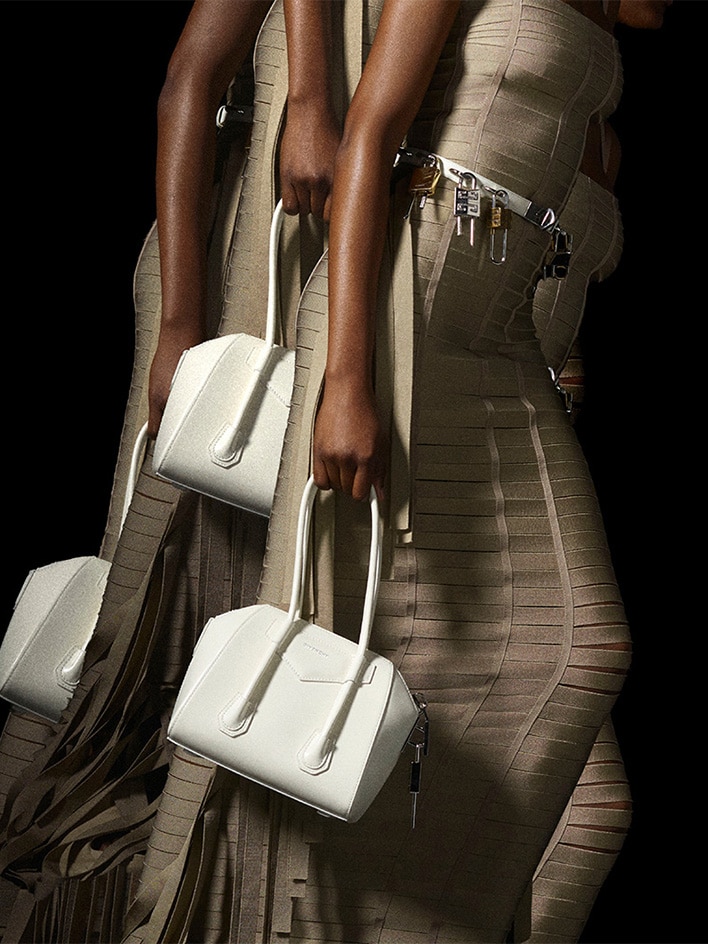 The Antigona by Matthew M. Williams